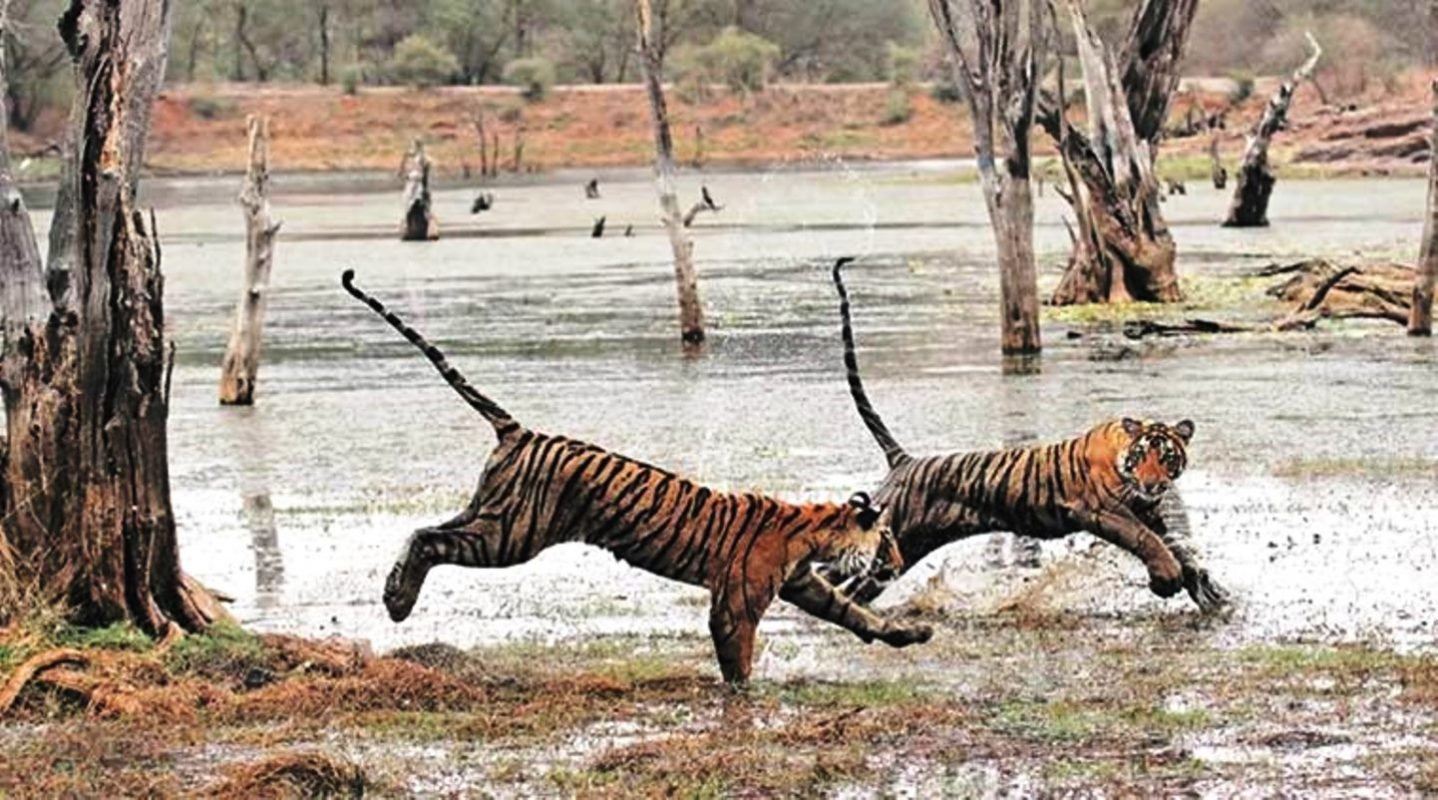 TIGERS COUNT UP FROM 14 TO 21 IN 3 YEARS: MANAS NATIONAL PARK HAS 7 MORE TIGERS

Amid reports of increase in the tiger population in the country, there is more good news. The number of tigers in Manas National Park and the contiguous Royal Manas National Park in Bhutan has gone up from 14 to at least 21 in three years. While this figure has been ascertained through the camera trapping method applied in a limited area, the overall estimated number of tigers is 44.

“The study has confirmed the minimum presence of 21 tigers in the study area, which stood at 14 during the last exercise in 2011-12. Of the 21 tigers confirmed through the camera-trapping exercise, 14 were on the Indian side, 11 in Bhutan and four appearing common on both sides of the border. The maximum number of tigers present in both the national parks was estimated to be 44,” said an official who was part of the 72- day exercise.