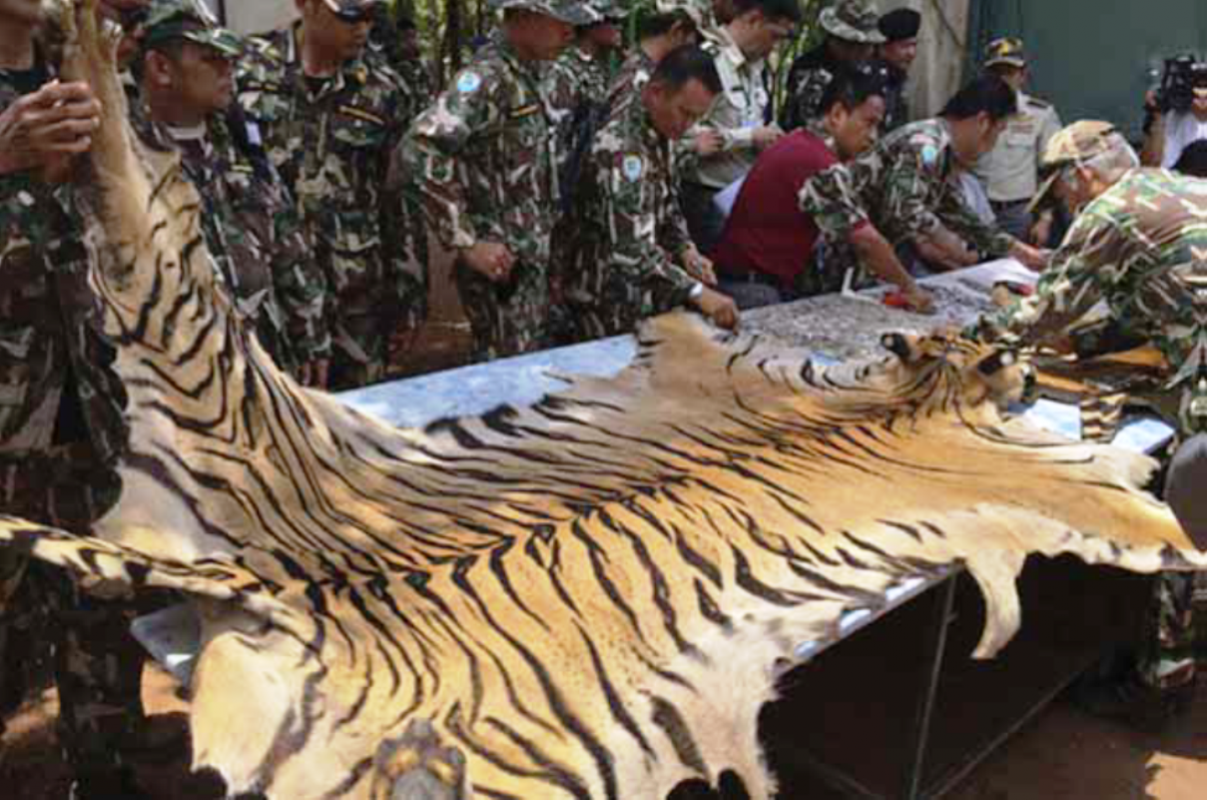 By Nirmal Ghose, The Straits Times/ANN

It was a discovery that shocked even those who feared the worst: 70 dead tiger cubs and other wildlife species stuffed in freezers.

The Thai authorities, raiding the now infamous Tiger Temple in the western province of Kanchanaburi over the past week, uncovered what they suspect could be a transnational tiger-smuggling racket.

For years, it had been breeding tigers and attracting paying tourists, reaping a windfall as an attraction. But under the noses of the visitors, the temple was apparently packaging tiger parts to be sold as potions in labelled jars across Southeast Asia and China. Last Friday, the UN’s Office on Drugs and Crime (UNODC) said the tiger seizures at the temple represented “only a tiny proportion of the enormous extent of an illegal trade in wildlife that is pushing species to the brink of extinction”.

“Until the illegal trade in wildlife is stopped, we are only likely to see more of these types of situations,” it said. Environmental crime – which includes wildlife and timber trafficking – is growing at an “alarming pace”, Interpol secretary general Juergen Stock said in a statement on Saturday, the eve of World Environment Day. This year’s theme is “Fight against illegal trade in wildlife”.

Globally the value of such crime is between US$91 billion and US$258 billion, a sharp jump from the US$70 billion to US$213 billion in 2014, according to the United Nations Environment Programme (UNEP) and Interpol.

Weak laws and poorly funded security forces are enabling international criminal networks and armed rebels to profit from a trade that fuels conflicts, devastates ecosystems and is threatening species with extinction, the report said.

Criminal syndicates have links deep in the forests of Asia, Africa and Latin America, with wildlife trade routes leading to China and East Asia where the big markets lie – China for ivory, rosewood and other wildlife and timber products; and Vietnam for timber and rhino horn among others.

The rich tropical jungles of Southeast Asia are only one area being looted by environmental criminals. Globally, over the past 10 years, over 1,000 park rangers have been killed, 80 per cent of them by commercial poachers and armed militia groups.

According to the Britain-based Global Witness, over 1,000 environmental and land rights activists and protesters have been murdered worldwide since 2002. Between 2010 and 2012, 100,000 African elephants were killed out of a population of fewer than 500,000. Close to 100 African elephants are killed every day for their ivory – one every 15 minutes. Chimpanzees, killed for meat and for the exotic pet trade, are now completely extinct in Gambia, Burkina Faso, Benin and Togo, where they were once numerous.The harmless pangolin has been killed at the rate of an estimated 117,000 to 233,000 from 2011- 2013.Pangolin processing factories have been found deep in the jungles of Indonesia, and trucks stuffed with tonnes of pangolins have been found trying to cross from Malaysia to Thailand on the way to Laos and China. The UN has called for “zero tolerance for wildlife crime”.

There are, however, some encouraging signs, says Bangkok based regional coordinator Giovanni Broussard of UNODC’s program on combating wildlife and forest crime.