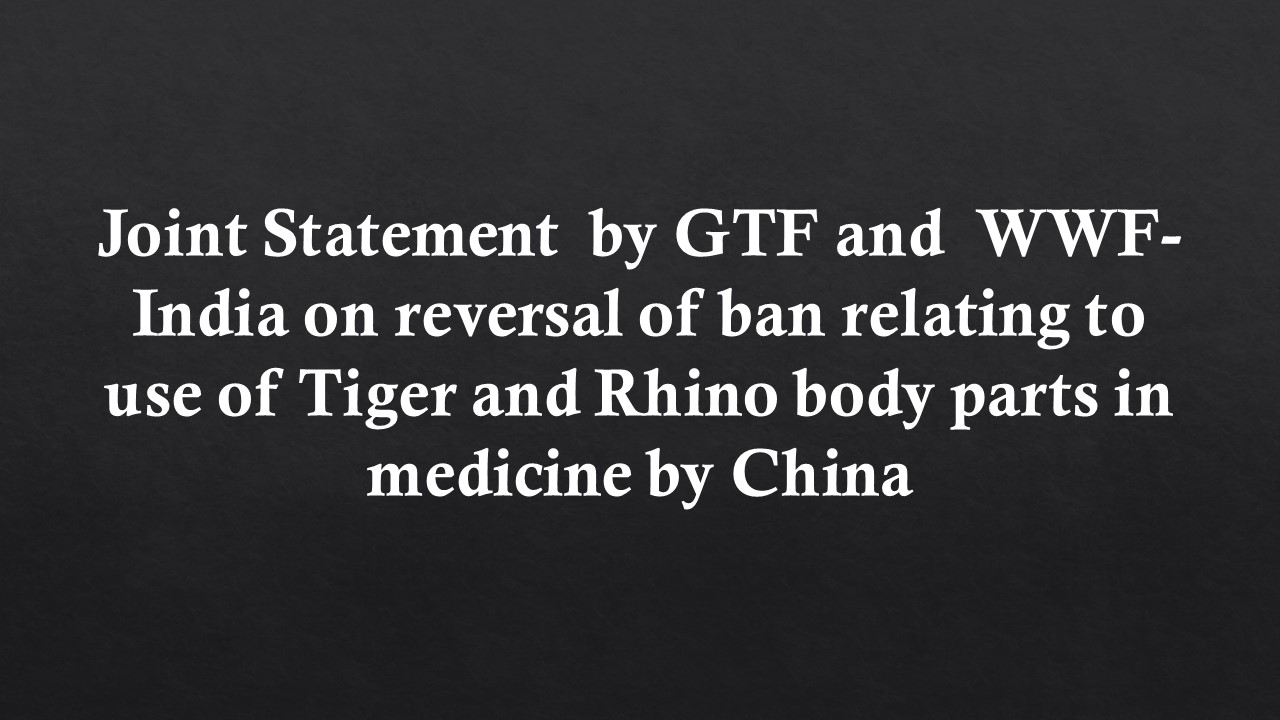 The reversal of a long-standing ban on the commercial trade of tiger bone and rhino horn for medicinal purposes could have devastating impacts on the efforts to conserve tigers and rhinos in the wild across their range globally. Though an internal trade issue for China, the international ramifications of such a reversal, vis-à-vis the thriving illegal market for body parts and derivatives of the tiger and rhino, would result in decimation of wild populations of the two species across their range. We apprehend that tiger bones and rhino horns procured from wild populations would find their way into illegal markets in the guise of legal trade.  In the context of tiger, this has been much debated in CITES, and its Resolution 12.5 (Rev. COP 17) and Decision 14.69, inter alia, have directed for voluntary prohibition of internal trade, working towards strategies for reducing, eventually eliminating use of body parts and derivatives of Asian Big Cats, besides restricting captive populations to a level supportive only to conserving wild tigers, while not breeding tigers for trade in their parts and derivatives. As per vote at COP 14, Decision 14.69 applies to both internal and international trade.  These would become meaningless in the wake of the recent ban reversal by China. Coming at a time when Tiger Range Countries (TRCs) have committed to doubling wild tiger populations under the Global Tiger Recovery Program (GTRP), this commercial trade ban reversal would have huge implications on reaching the TX2 goal. India, with approximately 60% of the global population of wild tigers and 80% of the greater one-horned rhino population, will be under the greatest threat from legalising trade in tiger bone and rhino horn in neighbouring China. India will need to further strengthen collaboration with range state governments, particularly enforcement agencies for increasing protection of wild tiger and rhino populations and enhancing vigilance against illegal wildlife trade.